Two ingredient cookie!!  How easy is that?  I didn’t measure my Nutella and I think I got it a little thick in spots, but all I can say is “Yum”.

Roll sugar cookie dough into a 11 by 8-inch rectangle between 2 sheets of parchment paper.  Remove top parchment and spread with Nutella, leaving 1/4-inch border at edges.

Working from short side, roll dough tightly into a log and pinch seam; wrap in plastic wrap and freeze for 20 minutes.  Slice into 1/2-inch-thick cookies.

One of the things that I read as often as the Bible are cookbooks.  Here is a sampling of a few of them.  (I also have a collection of Bibles.)  I have many more cookbooks that won’t fit on these shelves so I need to go to the basement for them.

I seem to add to my collection quite often.  I’m such a sucker for a new cookbook, or a vintage cookbook, or a cookbook that tells a story.  I love them all and try to cook something out of each one of them.

The latest one is The Pioneer Woman’s new cookbook.  Last wednesday night my daughter and I went to her book signing in Naperville. 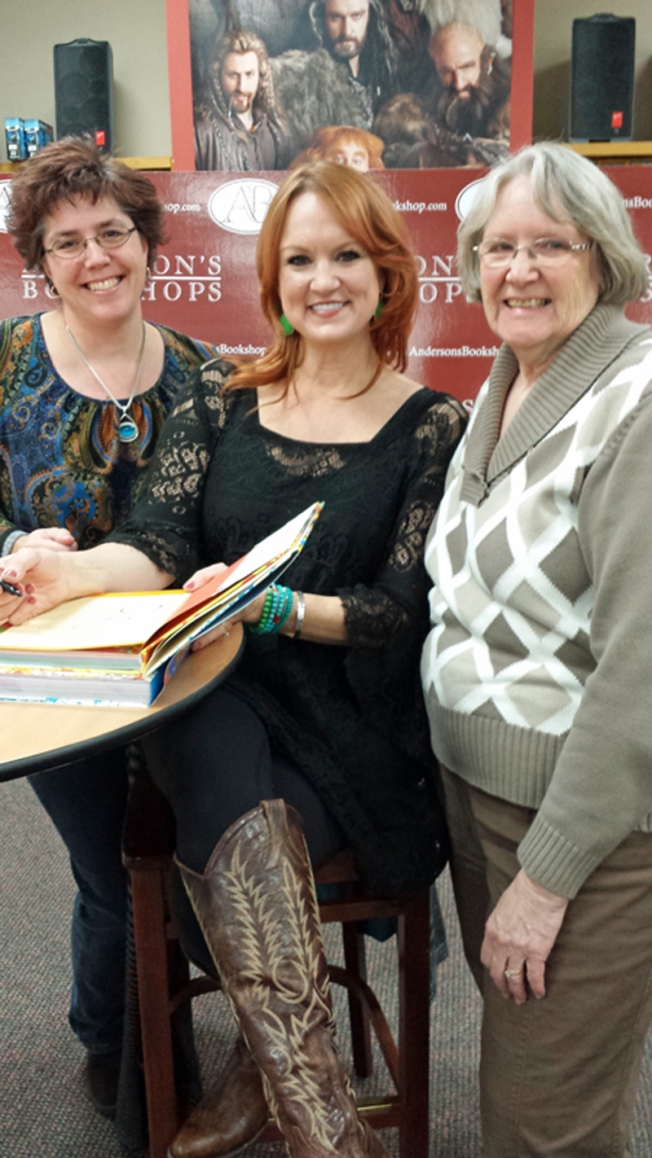 We had numbers 220 and 221 out of 650.  We happened to get out of Anderson’s Bookstore at 9:00 P.M. with a signed book, but I feel so sorry for the people that had the higher numbers.  I heard they were still there at midnight.

But as you can see, Ree Drummond is a very popular and loved TV chef on the Food Network.  She is just as nice in person as she seems on her show.

My husband and I had such a fun day with our daughter.  We did some shopping and had dinner before going to the book signing.  And spent a lot of time in Starbuck’s waiting for our number to be called.  The waiting wasn’t boring though, we met so many nice people and talked to them the whole time.

Bake at 350 degrees for 20 to 25 minutes.  Cool completely and spread with whipped topping, if desired. 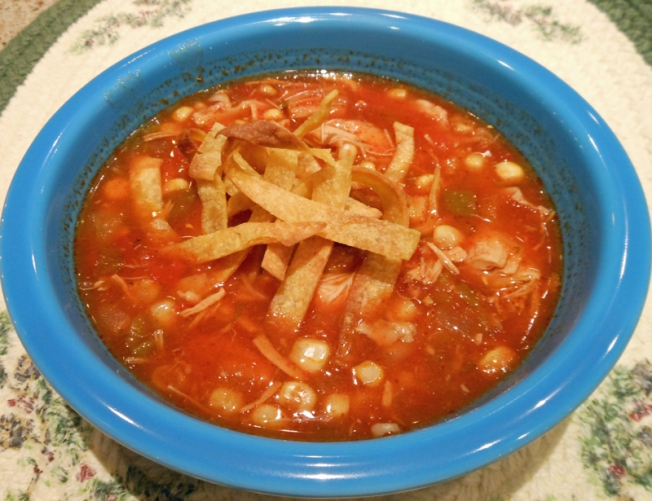 This is a very quick and easy slow cooker recipe.

Place all ingredients in a slow cooker.  Give it a stir and cover.  Cook on low setting 6 to 8 hours or on high setting 3 to 4 hours.